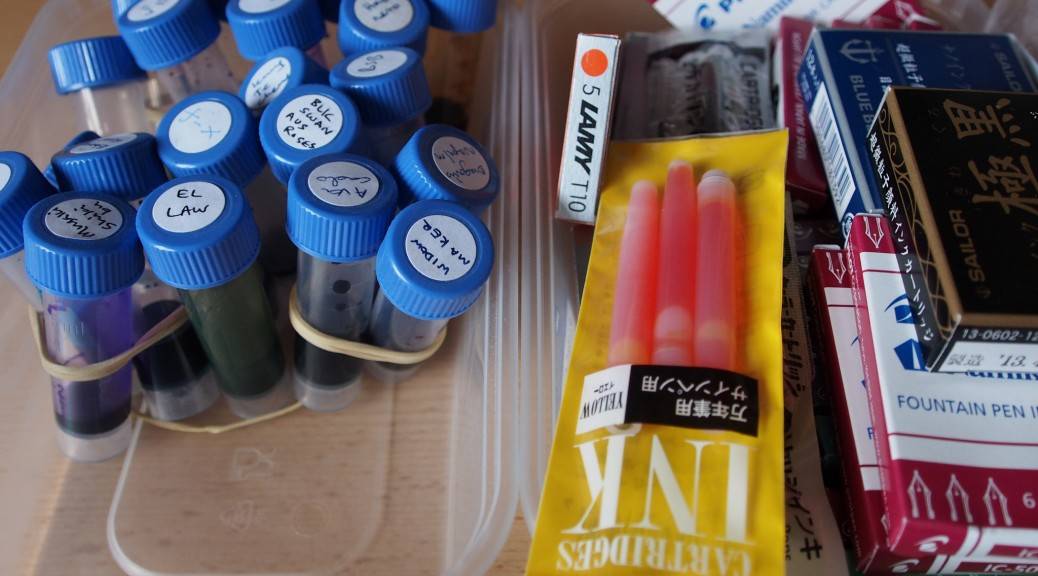 The challenge of developing a database to hold information about my ink, pen and notebook collections really fired my imagination. When wrote in my last post “One day I may turn it all into a real database to enable filtering, sorting and immediate updates” I really should have said that I would do it within the next week.

Some caveats to start. The database has been developed using Microsoft Access. I know that will send shudders down many a spine, however I know how to develop (or knock something up quickly) in Access. It’s not a skill I’m proud of but it’s come in useful over the years. Also, after having considered it carefully I can’t justify the time involved in developing a database on the web server. Finally I have found a plugin for WordPress called Footable that allows searching, paging and sorting of table data. It may not have the elegant sophistication of something I could have carefully honed over the coming months (or years), but it works and avoids the need to have the database on the server. Whether the setup constitutes a real database I will leave for others to judge. It works for me, and that’s all I need.

What I am really pleased with is that after initially planning to generate HTML table data and then to copy and paste it into the relevant pages (which would soon have become boring and repetitive) I decided to go the whole hog and use XML-RPC to update the pages directly from MS Access instead. After a few false starts (there’s not a lot of documentation out there) it works like a charm. The extra effort was well worth. In time I may use the database to hold information that should be updated from time to time, such as that on the Resources Page. I can even use it to create posts from scratch (which is why a test post briefly appeared and was deleted again).

To get some data to work with I put all my ink cartridges into the database, along with one ink sample. As the featured image shows, I do have more than one sample, but with one exception I’ve ultimately bought a full bottle, so I can’t see any point in including so much duplication. Cartridges do have a separate use so all of those have been included.

The next to be added will be my notebooks. Pens will following later, but I’m still pondering how best to present the information on pens.

I also plan to theme the tables to better integrate them into the style of the rest of the site.