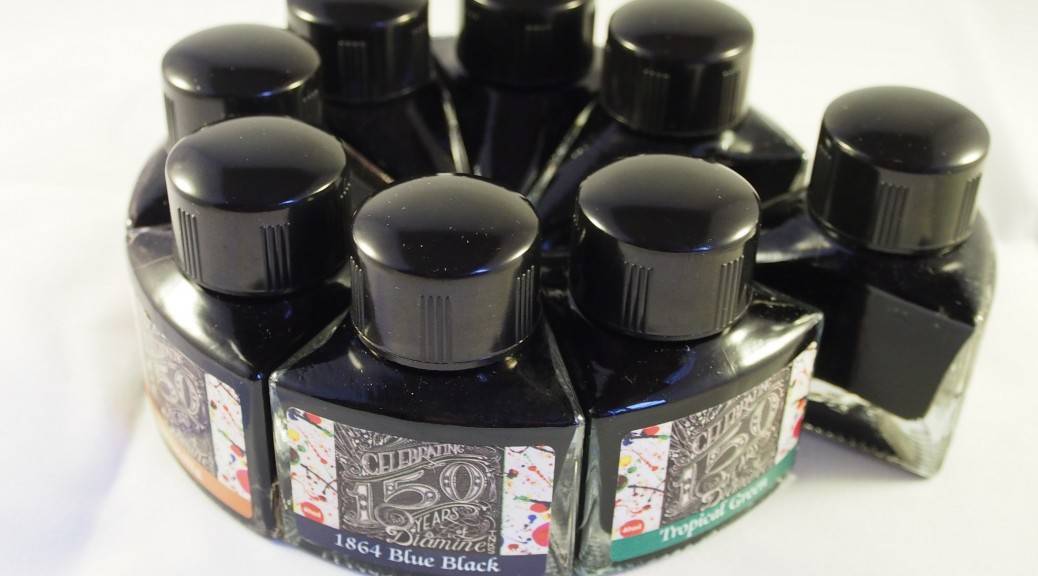 The following is a roundup of what happened on the site in 2014, recent changes (along with the reasons why) and what’s planned for 2015.

So although a new year has started, but I’m going to dwell on the last one for a few moments.

When I rebooted this blog in January 2014 I had the objective of making at least one post per week for the next 12 months. In practice I skipped a few weeks here and there, but over the year I made a total of 77 posts – which may not keep to the letter of what I intended, but isn’t too bad overall.

Looking at the stats for the site (which don’t cover the whole year due to a few technical issues) the top 5 most view posts in 2014 were:

Apart from search engines, the top referring sites were:

Thanks to those sites for the traffic that came my way.

It was little surprised by the traffic generated by a post on Reddit which linked to one of the inks reviews, and also to find that more visits are generated by the posts I syndicate to Tumblr than from the ones to Twitter. I had toyed with the idea of abandoning the companion Tumblr site – that’s now not going to happen at any time in the near future. I set up a Facebook Page to help with syndication, although I’m skeptical that this will generate any interest in the blog.

There have been a few cosmetic changes to the site in recent weeks. The most obvious one is the appearance of the “About” widget in the left hand sidebar. Normally an introvert like me wouldn’t bother with displaying information about myself so prominently – much preferring the keep it tucked away on a page of its own. I have included it as part of trying to make the site as Indieweb friendly as possible – but that’s a topic better served by a dedicated post at some point in the future, once I’ve got a few remaining issues ironed out. Although I’ve tried to keep such changes to a minimum, it also explains why there’s now a little icon of me on each full post (shudder) and why there are links to Twitter and Facebook copies on the more recent posts (i.e. the “Also on” section). Because I dislike my profile photo being on the homepage so much, I greyscaled it to make it less prominent. Having done that I realised that all the coloured icons in the Lifestream widget didn’t look too good against the blue background either, so I replaced them with grey font-based icons instead.

Other changes (not related to Indieweb) are the inclusion of Open Graph data, which improves how links posted to Facebook are displayed, and Twitter Cards, which do the same for Twitter. Open Graph was easy to include, Twitters Cards not so much – they required several weeks to get working and only did so just as I was about to give up.

A Subscribe page has also been added, which gives more options to keep up to date with the site.

What do I have planned for Stationary Journey in 2015?

In the short term I need to get over the hump of the outstanding ink reviews, but the following are priorities for the next 12 months:

One of the Christmas presents I received (a lighting cube tent kit) should help with future closeup photos of pens, inks etc. The featured photo with this post is my first attempt at using it. I obviously need to look at my exposure levels and colour balance, as well as finding a suitable background, but I’m really looking forward to no longer being reliant on ambient light.