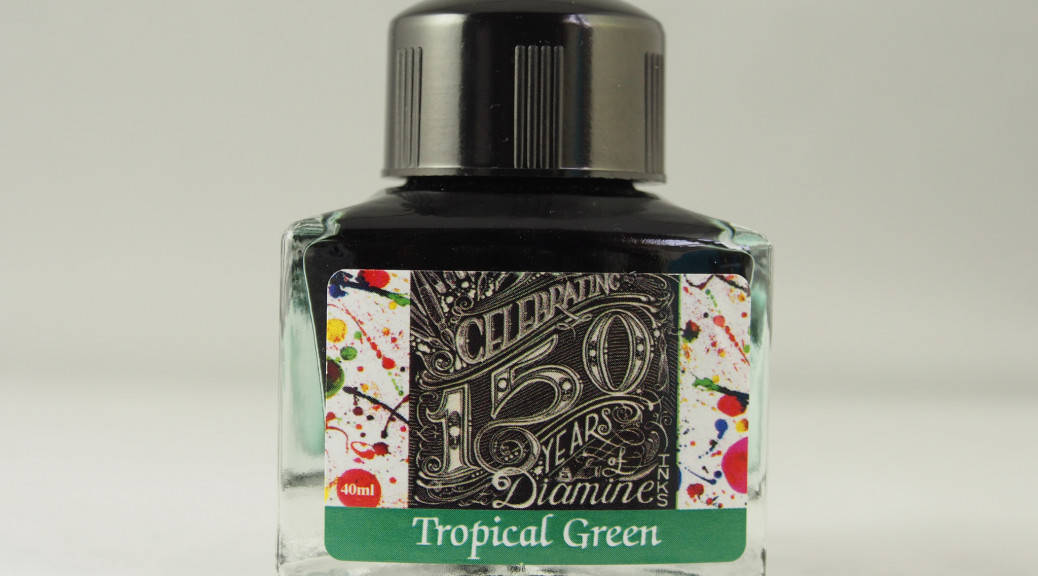 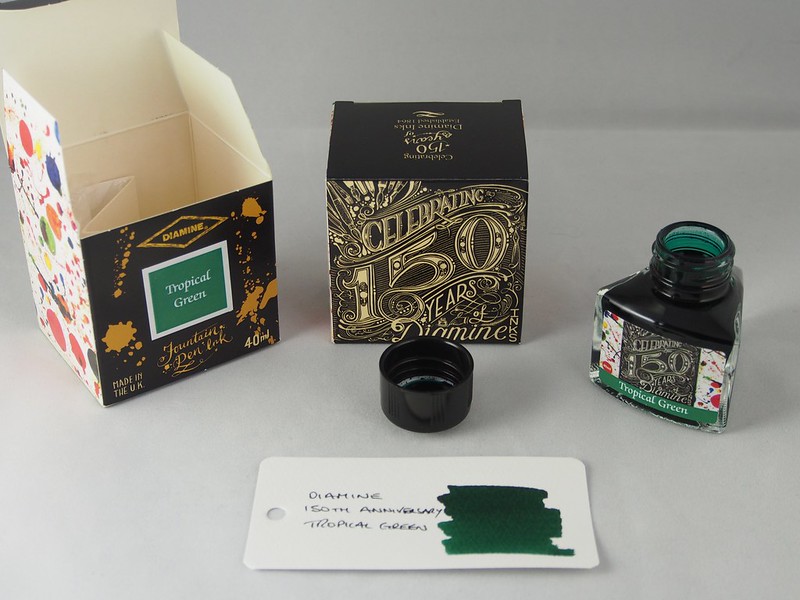 This is the eighth and final in this batch of ink reviews, for Diamine 150th Anniversary Tropical Green ink.

The name of this ink evokes lush vegetation, although the actual colour is darker than I personally would expect a tropical green to be.

The test pen in this case was the Pilot MR White Tiger with a medium nib. 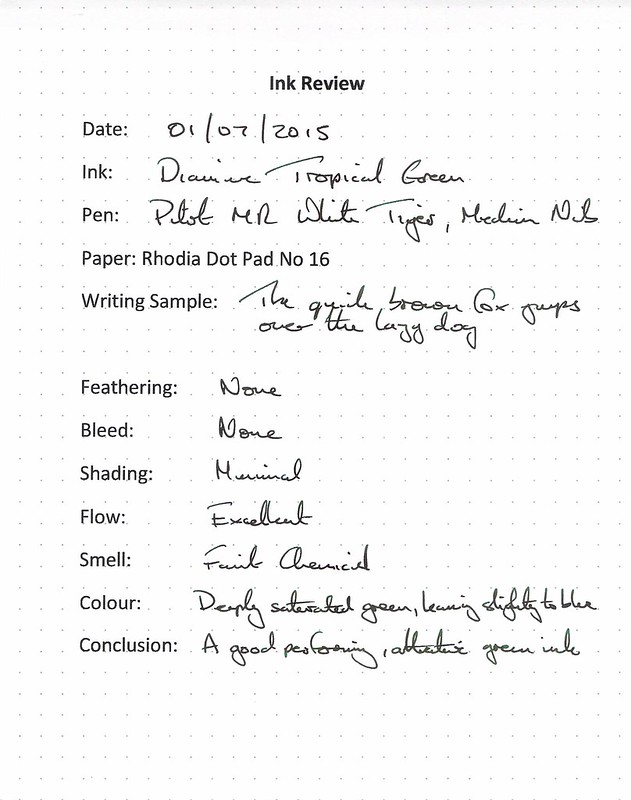 The flow was excellent on this paper which led to a lot of ink being put down resulting in a very dark green colour which is almost black in places. I really like this effect. The downside is that this ink smudged quite easily. 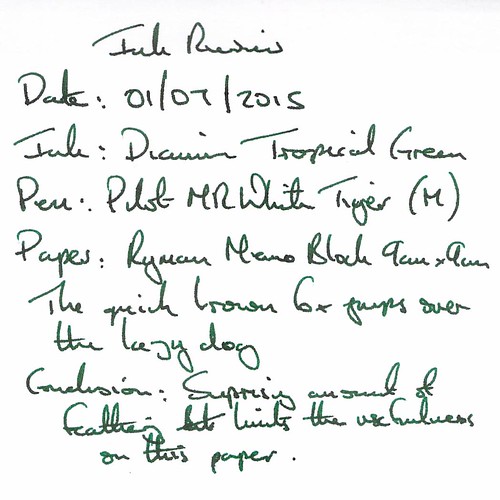 Good flow again but not quite as dark – the feathering is disappointing though. 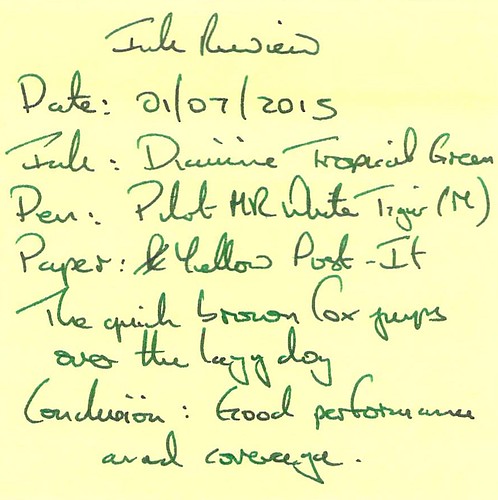 Much lighter on the yellow Post-It. 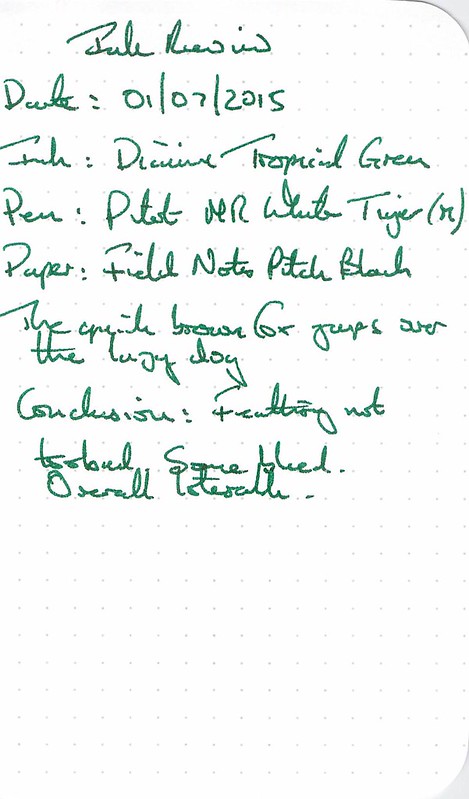 Feathering and bleeding but not too bad overall. Lighter again on this paper. 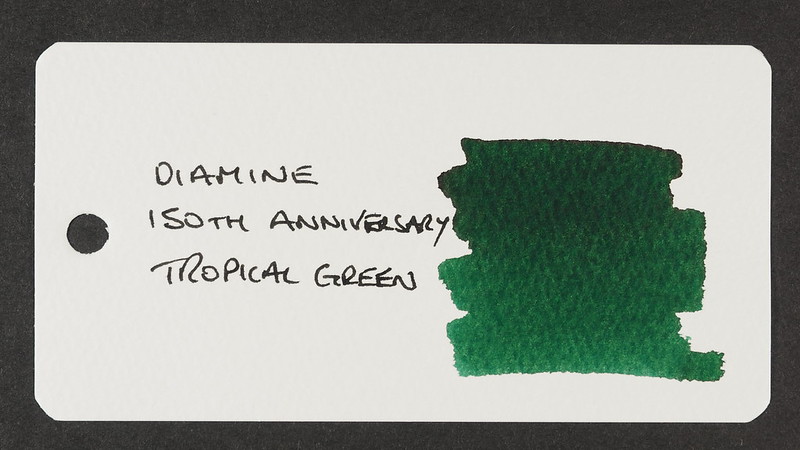 This gives a good idea of the shading this ink is capable of.

I really like this green ink and the range of shading is a nice bonus: I will be using it again in the future. Whether the smudging and feathering will prove to be much of a problem in future only time will tell. 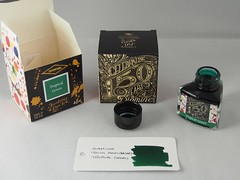 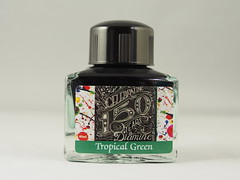 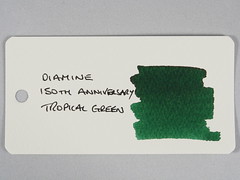