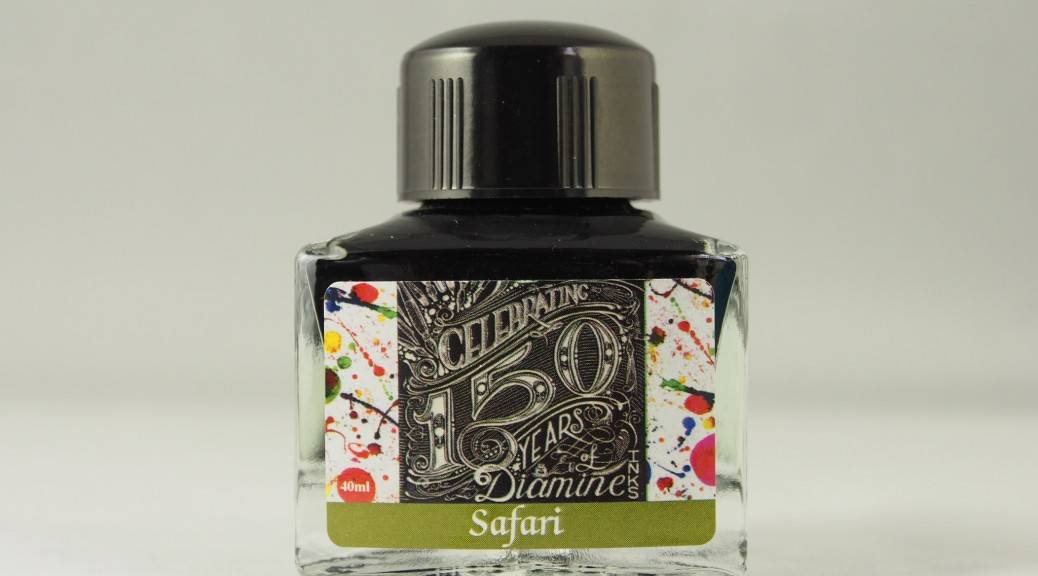 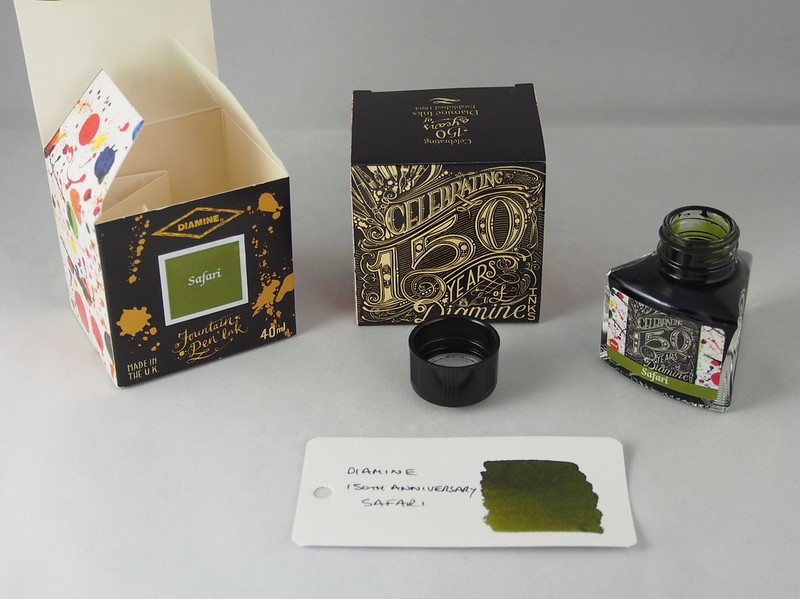 This is the fifth in this batch of ink reviews, for Diamine 150th Anniversary Safari ink.

The name “Safari” suggests the khaki green colour of the ink. Googling “Safari Green” yields a few close matches to the colour.

The test pen in this case was the Pilot MR Black with a medium nib.

This ink showed minimal water resistance and water drops obliterated text easily. Cleaning the test pen was more tricky than other inks in this series, but I wouldn’t describe it as difficult. Drying time was around 20 seconds. 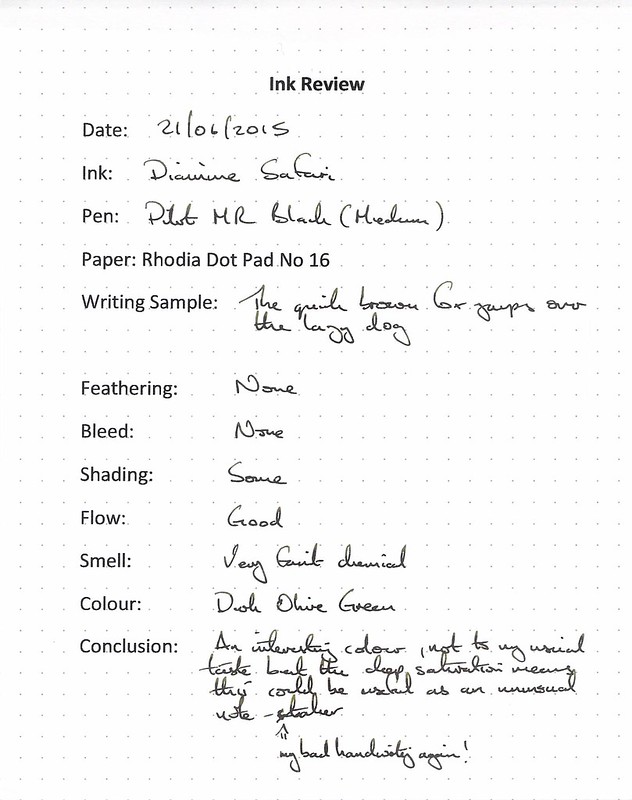 The ink gives a really nice shading effect from almost black to dark olive green. Not usually my favourite colour, but in this case I really like the effect. Still a bit of smudging, but I’m sure I’m looking too hard and would probably of overlooked this in my earlier reviews. Overall a good performer which would be suitable for personal note taking. 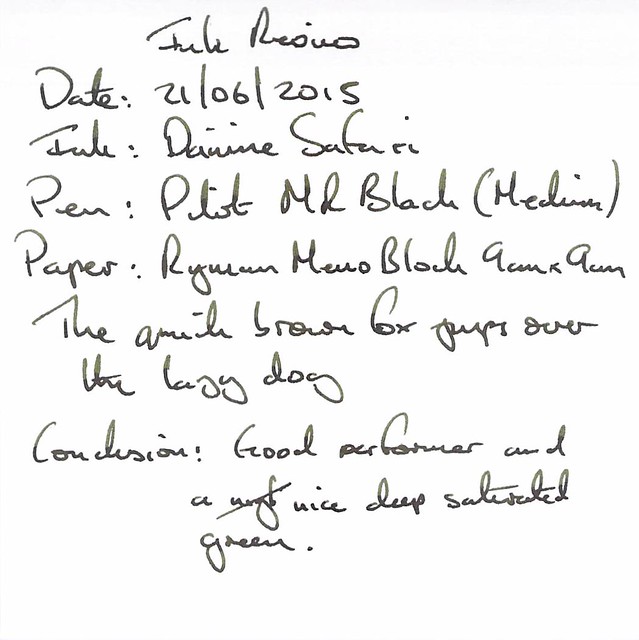 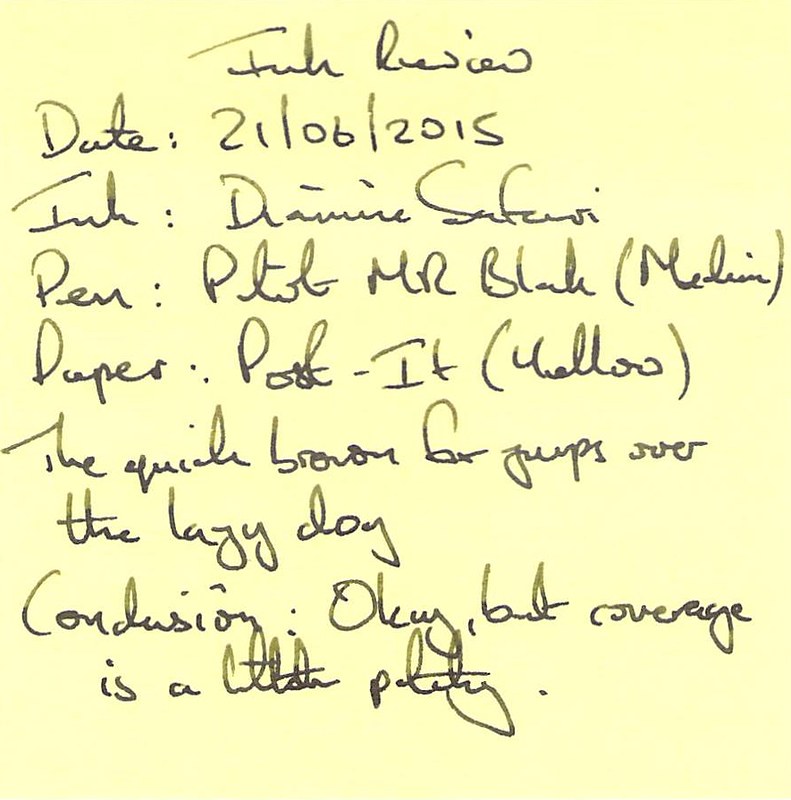 Coverage is a little patchy on this paper. 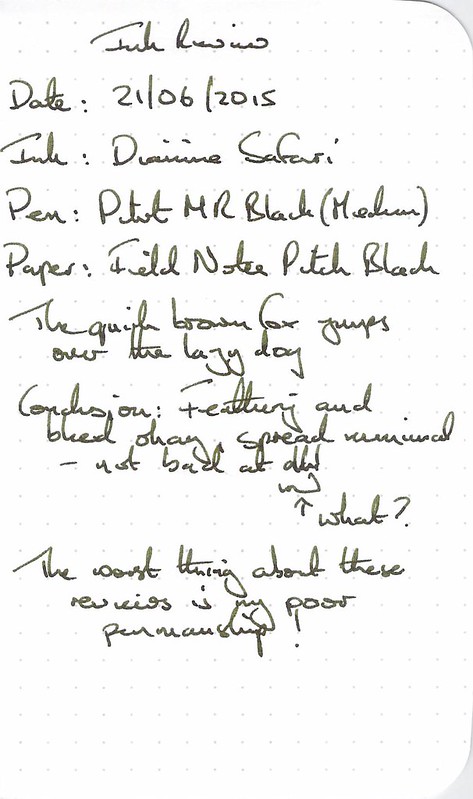 Not bad at all on this paper. 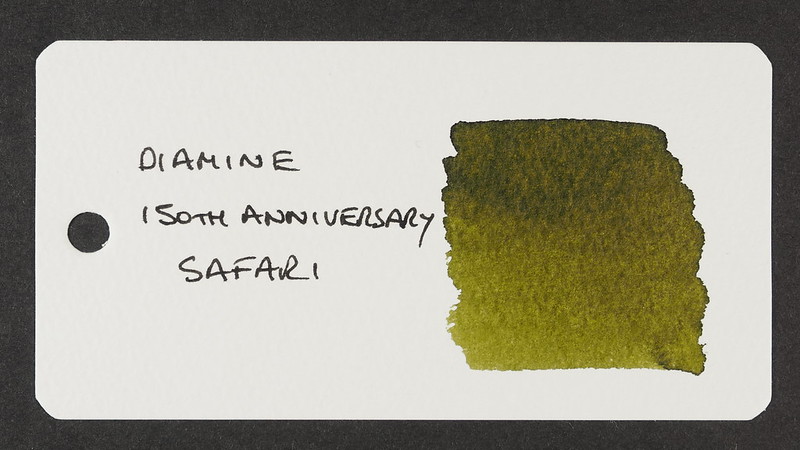 A good hint at some of the shading possible with this ink.

This is another good ink in this series, and one I can see myself using again as a note-taker. It’s dark and subdued enough not to shout out of the page, so is suitable for longer note-taking sessions. 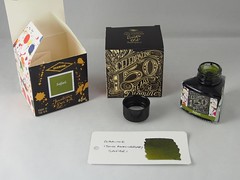 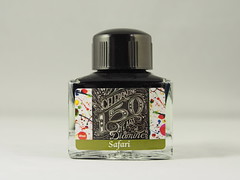 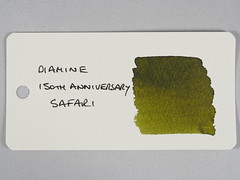