My most recent posts have been delayed because I went for a short trip to my old home town of Hanley, Stoke-on-Trent, which has recently undergone its latest bout of “regeneration”. It now has a shiny, new £15m bus station, which the Council appears to be very proud of. To me it just looks like scaled down version of the granite, concrete and steel identikit structures built all over London in recent years.The architects have won awards (but then haven’t they all) and it looks great in the photos. Having been there on a wet Saturday, it already looked dirty and overcrowded to me – difficult to believe it had only been open less than a year.

Google shows lots of images of the old and new bus stations, but there are pages devoted to the old station and the new station.

The old station is a creature of its time and looks very shabby, but then that what happens when buildings aren’t well maintained and allowed to rot. I’m not sure replacing a dated cliché with a modern cliché is that much of an improvement, especially when the new one appears to be functionally worse than its predecessor. The old station stood more than 40 years – while I probably won’t be around in another 40, I have a sneaking suspicion that the new station won’t be either.

While in Hanley I was able to treat myself to a visit to a fine example of a old-school bookshop – Webberley’s – which has recently celebrated its centenary. It’s actually more than just a bookshop, and it was always the place to get art supplies etc that no one else seemed to stock, long before they were just a few clicks away on the internet. The room full of jigsaw puzzles is almost overwhelming and I already regret not coming away with the Stoke-on-Trent version on Monopoly. I did come out with a couple of books that I doubt I would have found on the shelves anywhere else, and a Pilot Parallel Pen Set for a bargain price. To be fair the nearby Waterstones is better than many, but if Webberley’s were ever to close, it would be a tragedy.

I’ll finish with one further example of granite, concrete and steel design (hereafter abbreviated to “GCS”). I will preface this by saying that I have nothing against this style of design per se, other than it is now overused in a way that’s often unsympathetic to the location – in many cases real granite (shipped from China or not) may not even be present (or steel for that matter) but most readers will know the style I mean. This is one of the entrances to Hanley’s Central Forest Park, a place that’s has lots of changes over the years (I’m showing my age now but I can remember when it first opened). The entrances were less grandiose back then, but I suppose this is meant to be the gateway from the City Centre, so justifies something more elaborate now. I actually quite like it. 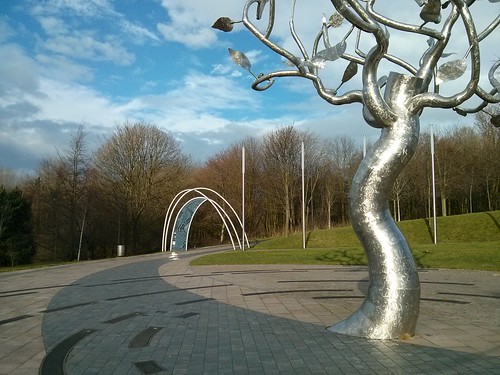 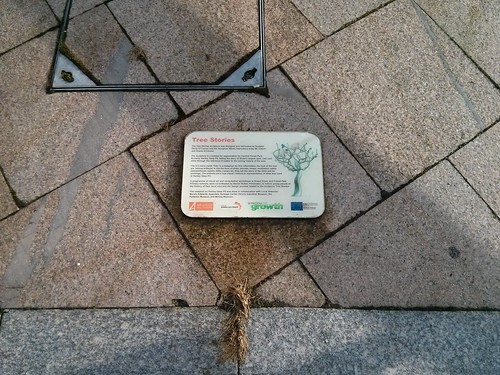